Overview of the Cooperation between TFT and UNDP Angola

TFT will provide assistance to UNDP in implementing its GSB Project in Angola by developing and executing six capacity-building workshops, between January and June 2013, in the areas of Sustainable Tourism for Development & Productive Capacities and Poverty Reduction.

The collaboration between TFT and UNDP Angola aims to:

Three workshops on the theme “Sustainable Tourism for Development,” held in:

A workshop on the theme “Productive Capacities, Economic Growth and Poverty Reduction in LDCs: The Example of Angola”, held in:

in June 2012, UNDP Angola requested TrainForTrade’s (TFT) collaboration on its “Growing Sustainable Business” (GSB) Project in Angola. This request came as a direct result of the success of the TFT Project for Angola, implemented between 2007 and 2011 and funded by the European Commission. As a result, a Memorandum of Understanding (MoU) was signed between UNCTAD and UNDP Angola in December 2012.

Part of TFT’s strategy to encourage the local ownership and sustainability of its projects for Angola was to set up a National Steering Committee (NSC), which comprised relevant stakeholders in the areas of trade, investment and services. Its members guided the project, coordinated the activities and defined the annual priorities.

As UNDP Angola was part of the NSC for TFT’s Project in Angola, it was aware of TFT’s capacity to develop and implement tailor-made capacity-building workshops for government officials and private sector managers, as well as its ability to provide government institutions with technical assistance. And because the objectives of its GSB project were in line with those of the TFT Project in Angola, UNDP Angola requested that TFT develop and implement six capacity-building workshops in Luanda and several provinces, focusing on the areas of Productive Capacities and Poverty Reduction, and Sustainable Tourism for Development. 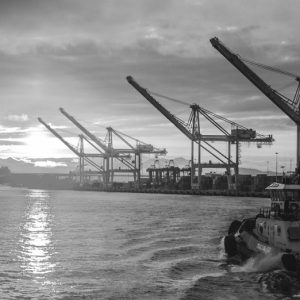